“Grant us strength and courage…*

Talk about dark and dreary–that was our weekend! But it was brightened a whole lot by my Saturday outing to historic Kimmswick for lunch with my good friends. 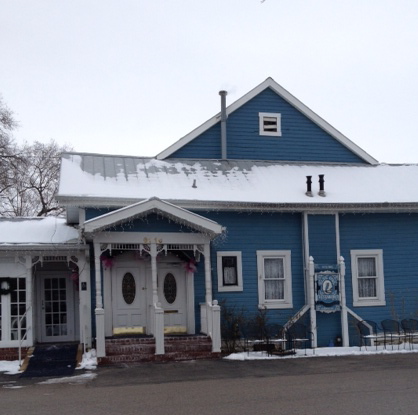 We dined at the celebrated “Blue Owl” restaurant. Our food was yummy and the company, as always, hilarious. Carla, our intrepid social planner, drove as usual. It is great to be like a child on these outings and just follow along. I mean that. With all my heart.

The boy came over and burned a CD for me. It is the soundtrack to the movie Inside Llewyn Davis.

Yes, that’s Justin Timberlake singing. It is a wonderful CD and I highly recommend it. (Also highly recommended by daughter #1) How can you miss with T. Bone Burnett producing? Well, you can’t.

I have also been listening to the new CD Old Yellow Moon with Emmylou Harris and Rodney Crowell. 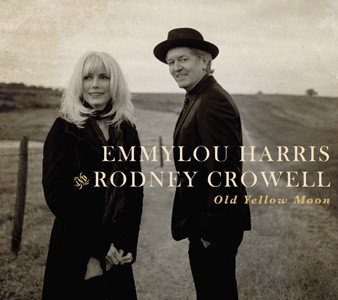 I believe it just won a Grammy in the “Americana” field. What is this field, you ask? I had never heard of it, but it seems to be a category where old singers are put so they can still win Grammys. I am not trying to be harsh but, c’mon,  this is a straight on Country album. I think Steve Martin and Edie Brickell were nominated in this field too. Anyway, it is a good album and I especially like their cover of the Kris Kristofferson song “Chase the Feeling” which includes the classic line: “You got loaded again, Ain’t you handsome when you’re high.”

Speaking of music, I heard that my friend Andrew Hunt will be opening for none other than (be still my heart) Dwight Yoakam 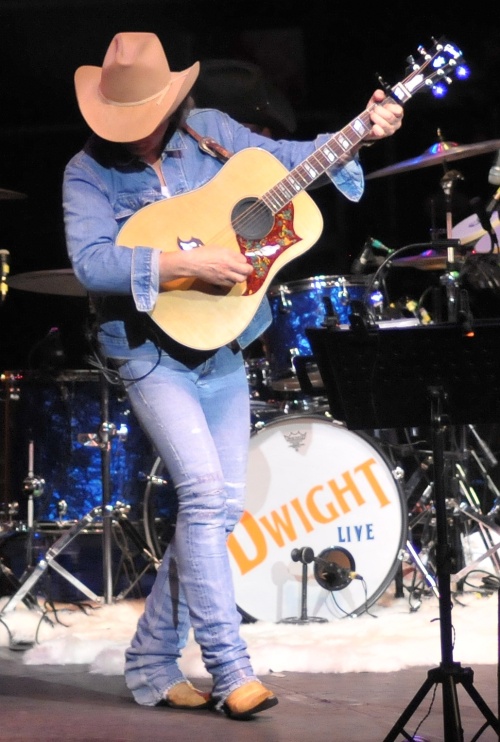 in Austin, TX soon. He will not be with his band  Johnny Appleseed, but some other guys. Boy, wouldn’t it be great to see that concert? Okay, Dwight may not be the heart-throb he once was, but neither am I.

Saturday night I watched The Commancheros (1961) with John Wayne and Stuart Whitman. 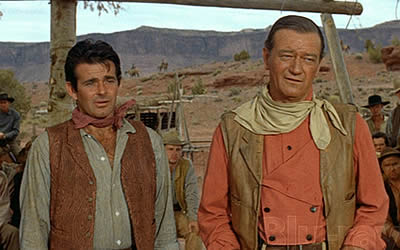 Stuart Whitman (who replaced James Garner, Charlton Heston and several others) and the Duke in that iconic faded red shirt, leather vest and kerchief.

It is the last film directed by one of my favorites, Michael Curtiz (Casablanca and The Adventures of Robin Hood). He was very ill, dying as it turned out, during the filming of it and John Wayne stepped in and actually directed most of the movie. He took no credit for it, of course. Any film from this era of John Wayne westerns is always a winner in my book, especially when you have had it up to here (already) with X-Game sports at the Olympics.

At church on Sunday I was confronted with the fact that they have cut out a section of my pew (fifth row, epistle side) to accommodate oldsters with walkers. Carla had warned me about this, but still it was a bit jarring on Sunday morning. I had to find a new pew, and for oldsters like me, that is not easy! C’est la vie. I’ll live.

The boy and daughter #3 came over for dinner on Sunday night. I made Episcopal souffle, a nice salad and cut up a baguette for dinner. Perfect. 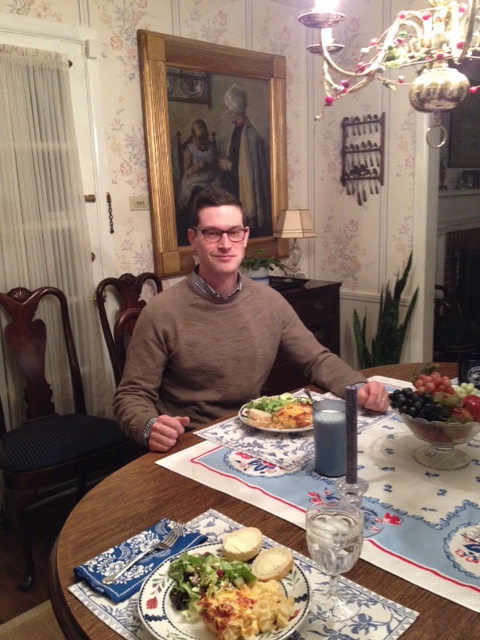 How was your weekend? Have a good week!

7 Comments to ““Grant us strength and courage…*”