Today is the 74th anniversary of Operation Chastise, an attack on German dams during WWII, carried out by Royal Air Force No. 617 Squadron using a specially developed “bouncing bomb” invented by Barnes Wallis. The raid was subsequently publicized as the “Dam Busters” and was made into a movie called The Dam Busters (1955).

It was quite an undertaking. In total, 53 of the 133 aircrew who participated in the attack were killed, a casualty rate of almost 40 percent. In addition, later estimates put the death toll in the Möhne Valley at about 1,600, including people who drowned in the flood wave downstream from the dam. 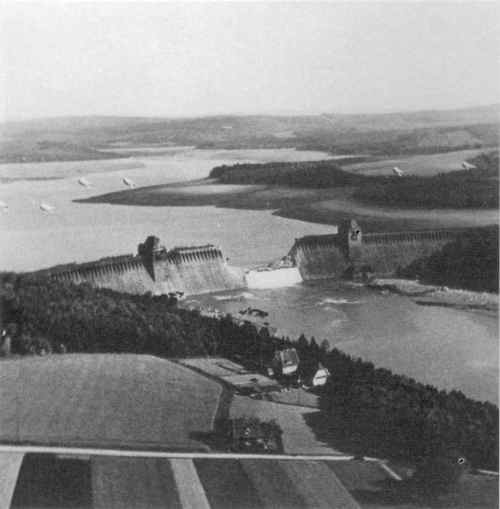 There are, of course, questions now about whether it in fact changed the course of the war by slowing down industrial production in the Rohr Valley. (Two hydroelectric power stations were destroyed and several more were damaged. Factories and mines were also either damaged or destroyed.)

But I still recommend the 1955 movie as a very good one–full of tension and heroics.

And those RAF pilots were really something, weren’t they?

So join me in a toast to “the dam busters”!

P.S. You will recall that there is a scene in the original Star Wars (1977) which is clearly inspired by the dam busters!