We had a big storm on Friday morning, around 5 a.m. with lots of limbs down and electricity out all over the city. Luckily we were spared this time. The boy had a tree fall on his garage though. 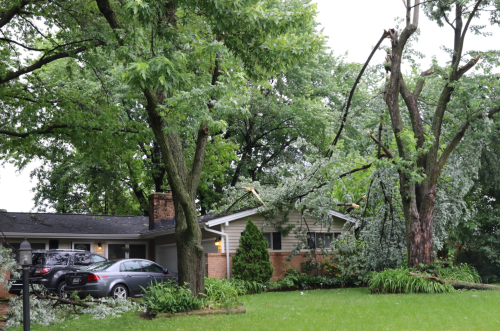 On Saturday I went to another funeral, this one for another longtime work friend. There was no electricity at Ladue Chapel (see aforementioned storm), but because it is such a bright and airy sanctuary, the service went on. The Presbyterian service (“A Service of Witness to the Resurrection”) is rather bare-boned, but the minister gave a nice eulogy. He obviously knew Wayne well and was very fond of him–that makes a big difference. He recounted a story concerning when Wayne had retired from IBM and his boss had said that he was the best man he ever knew. Indeed, Wayne was one of those straight-shooters who was very successful in business, had a lovely and devoted wife to whom he had been married for over 60 years, was an elder and a deacon in his church, had children and grandchildren who loved him, and still managed to be genuinely humble. There was no job that was beneath him at our institute where he had been very active since its founding. Answer phones in the office? Sure. Help with registration? You got it. He agreed with my philosophy that if you don’t care who gets the credit, you can accomplish a lot.

Into paradise may the angels lead you, Wayne. At your coming may the martyrs receive you, and bring you into the holy city Jerusalem.

We’ll miss you Wayne. Boy, will we ever.

I went to church again on Sunday morning and afterwards I went on an adventure with my BFFs Becky and Carla.

I had seen a story on one of our local morning news programs about a historic home–Oakland House–about which I had never even heard. Indeed, it never ceases to amaze me how a person can live some place for almost 60 years and still not know about all the interesting nearby historic sites. Anyway, I looked it up online and found out they give tours one Sunday a month. Ta da! It was time to take Carla out for her birthday lunch so we went to Pasta House in a part of town I never go, in a neighborhood close to our final destination in terra incognita–Affton, MO. Then we headed over to Oakland House for a tour. 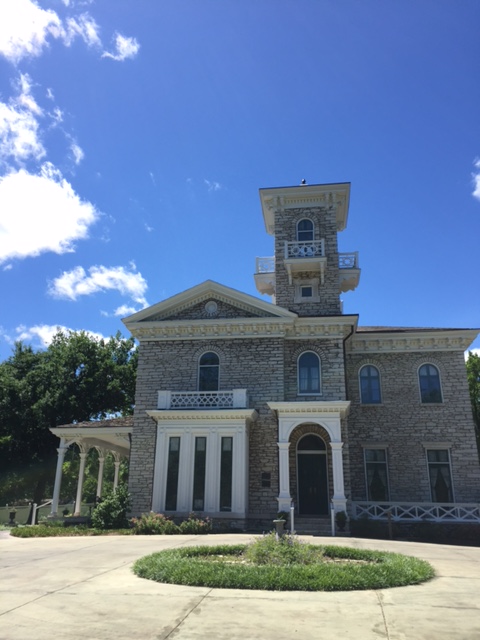 It was fabulous! Built in 1853 by Louis Benoist, the property originally consisted of about 470 acres that included a lake. Eventually sold to Robert Brookings (of my flyover university fame) in 1892… 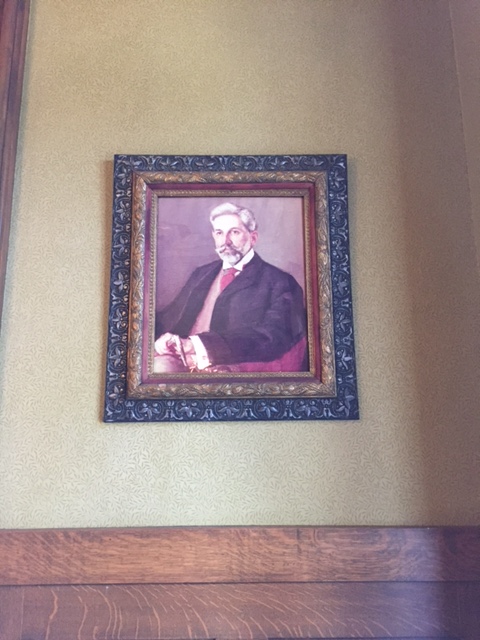 …and then to a cemetery on the adjoining property, it fell into terrible disrepair and was surrounded by small houses built in the post-WWII era. Finally it was going to be torn down in 1973 until… 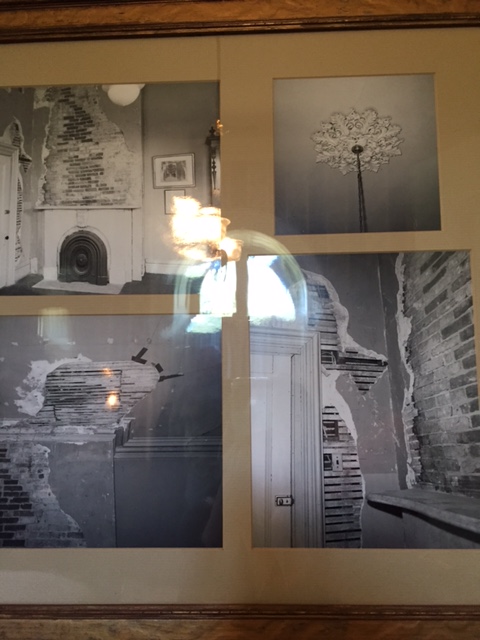 …some people (the historical society?) in Affton got together and bought the property, improving it slowly over the years themselves–“the brick and mortar gang”–and acquiring appropriate period furniture etc. They have done a superb job.

Our tour guides were clearly local Affton residents who love their local landmark but have very little formal training in history or indeed any context in which to tell their story. The little lady in period dress mentioned the Smithstonian Institution, General Custard, and delighted us with a series of unintentional malapropisms that were quite endearing. 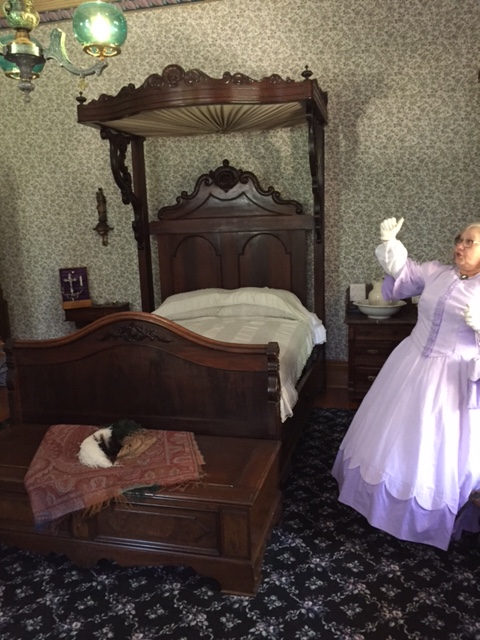 This dude grew up in the neighborhood and remembered ice skating on the pond and various activities. By the way, he plays Santa Claus in the annual Santa’s House event–an event I see in my future. 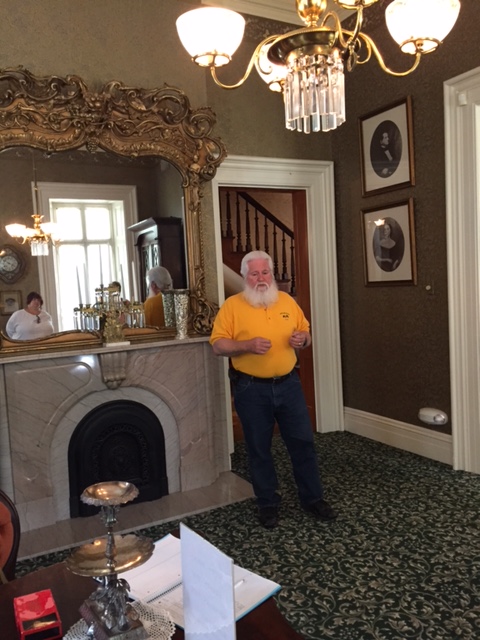 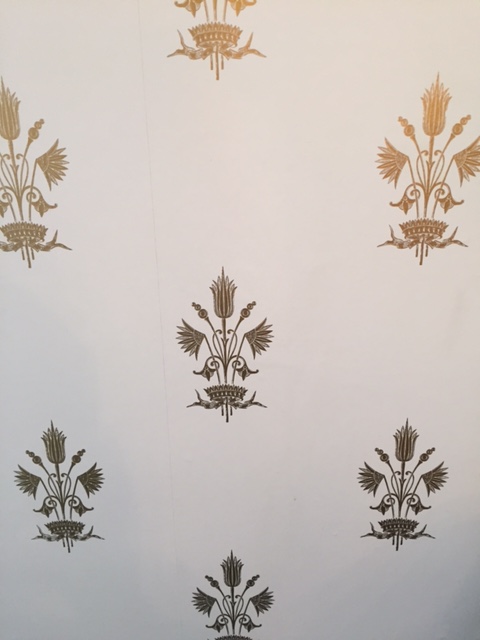 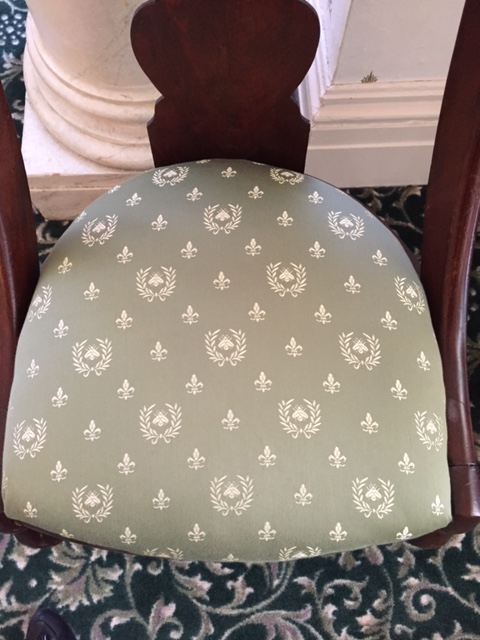 Anyway, somebody behind the scenes knows what they are doing with this house and I was quite impressed. And I do not mean to denigrate the  tour guides. I liked them a lot better than the know-very-little junior leaguers in Kansas City we ran across last year.

I am grateful to have two friends who are willing to be adventurous with me and who enjoy this kind of outing.

The wee babes came over for dinner with the boy on Sunday night. (Their mother went to the theater with her mother.) 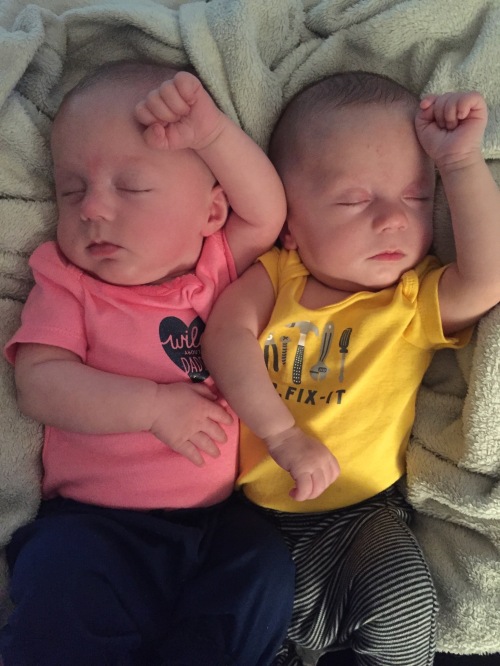 And now it’s Monday and we’re off to the salt mines. Enjoy your week!