At the bend in the river where the cottonwoods grow 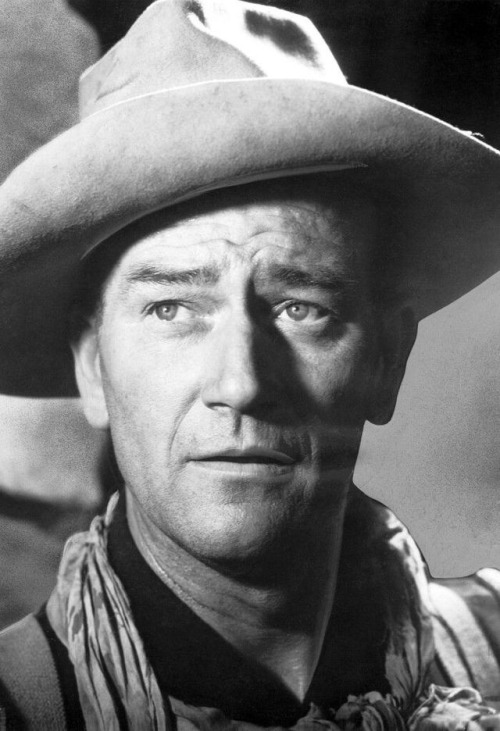 Today is John Wayne’s birthday. It has been a long, stressful week at work and I plan to hunker down and watch some classic JW movies this weekend. This is a favorite way to chillax.

I think I will start with Stagecoach (1939), the movie that made Wayne an “overnight” star. I like to think of my mother going to see it for the first time at the age of 13. She was a fan for the rest of her life. People always think of John Wayne as a man’s actor, an action star, and he was to be sure. But people tend to forget how handsome and sexy he was and how women loved him for his whole long career.

Think of Joan Didion, who wrote in  John Wayne, a Love Song:

We went three and four afternoons a week, sat on folding chairs in the darkened hut which served as a theatre, and it was there, that summer of 1943 while the hot wind blew outside, that I first saw John Wayne. Saw the walk, heard the voice. Heard him tell the girl in a picture called War of the Wildcats that he would build her a house, ‘at the bend in the river where the cottonwoods grow’. As it happened I did not grow up to be the kind of woman who is the heroine in a Western, and although the men I have known have had many virtues and have taken me to live in many places I have come to love, they have never been John Wayne, and they have never taken me to that bend in the river where the cottonwoods grow. Deep in that part of my heart where the artificial rain forever falls, that is still the line I wait to hear.

Anyway, a toast to the Duke on his 110th birthday.

BTW, where is my copy of The Searchers?