A Good Time in the Badlands

Currently, we’re in Rapid City, South Dakota after a grand day on the prairie, where the road is straight, the speed limit 80 and you feel as if you can see forever. 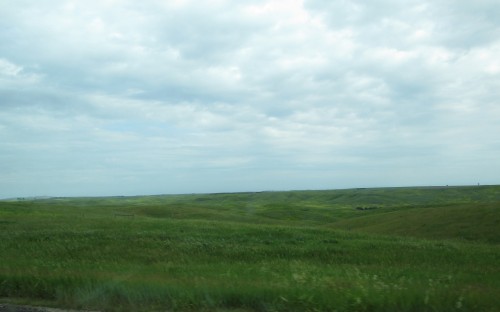 We also visited Badlands National Park — the perfect location to film sci fi movies. You can imagine a Star Trek episode, can’t you? 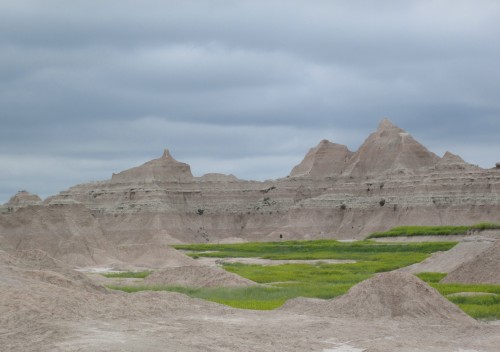 I also thought a lot about Teddy Roosevelt who was profoundly affected by his time in the Badlands, although  I think he was mostly in North Dakota.

Parts of the park were full of tourists, but they mostly stuck to the obvious scenic stops and did not venture into less accessible places. Some of them behaved stupidly by trying to climb up the formations only to have trouble  getting down again, but that is to be expected. 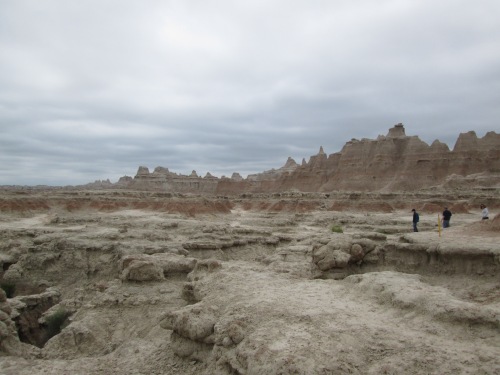 The weather was perfect — in the mid-sixties and overcast but not rainy. And despite the ubiquitous warning signs, 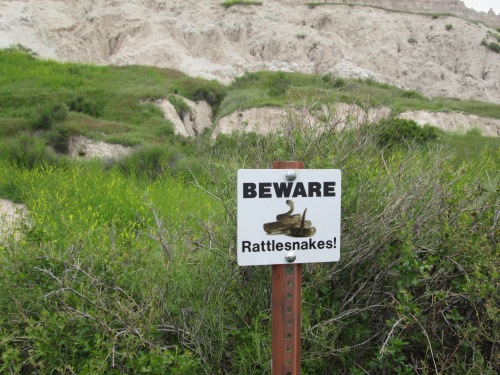 the only fauna we saw was a chipmunk.  It was probably too cold for snakes anyway.

Being in South Dakota, the land of nuclear missiles, it seemed appropriate to visit the Minuteman Missile Visitor’s Center to relive Cold War nuclear Armageddon angst. Alas, we did not have time to go on the missile silo tour. Maybe next time… 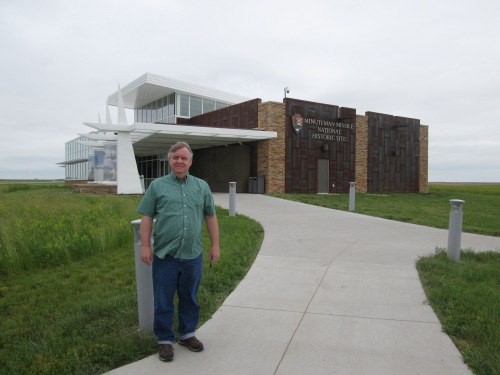 Tomorrow we’re off to see Mt. Rushmore and will then drive into Wyoming.  We’ve done a lot, but I’m saving a few topics for later posts so I don’t overwhelm you with pictures.  Rest assured that we’re having a wonderful time and we’re still speaking. I’ve only locked myself out of a hotel room once (conveniently while the DH was in the shower and could not hear me pounding) and we’ve only had one epic fail: Wall Drugs in Wall, SD. It’s a horrible tourist trap. 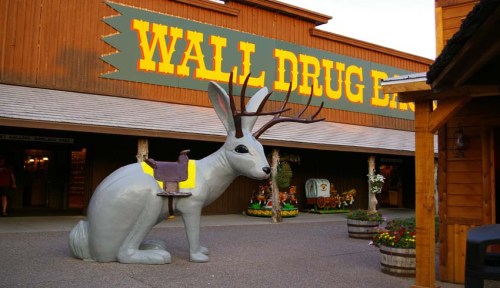 This photo is from Google Image

The creepy elk-bunny says it all. I can take a little kitsch, but when it’s combined with crowds and tacky tourist junk, I’m gone. Do not visit Wall Drug!

Signing off for now…. 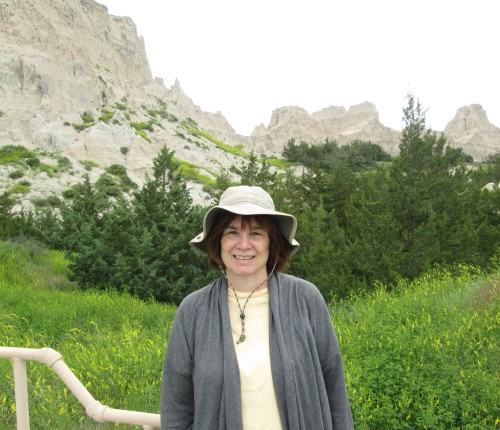