My heart’s in the Highlands, my heart is not here*

Last Saturday, the DH and I attended the second annual Scottish Festival in Hammond, NY. 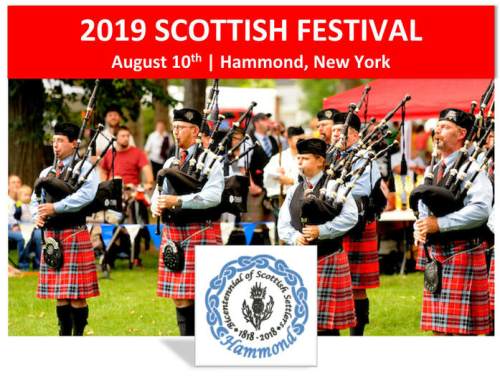 It was a blustery but sunny mid-70s day — just perfect for an outing. Those of you who know us will recognize the rarity of the occasion, as our long-standing habit is for the DH to spend Saturdays in the office while I stay home to work and putter.   Since our summer car trip proved so successful, we have vowed to do more, at least locally. The Hammond Scottish Festival marks our first, modest endeavor.

Hammond is a small, farming community a few miles inland from the St. Lawrence River. According to the town web site, it was founded officially in 1827, though the first recorded settler, William McNeill, already lived there in 1812. Soon after, a group of Scottish immigrants moved in and constructed most of the town’s lovely stone buildings. Hammond is named after the original landowner, Abijah Hammond, a New York City merchant who never even traveled to the area. At least he had the sense to sell his land to Scots. The Festival took place at the town museum. 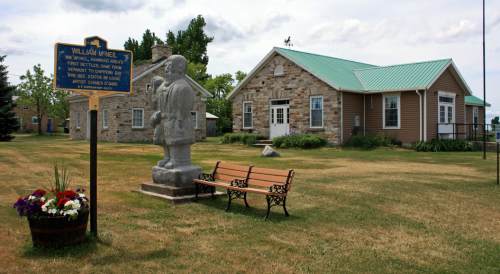 This is the town museum. Photo from https://www.hammondmuseum.com/

We toured the stone house (pictured above on the left) that contains mostly 19th century furniture and artifacts from the area. I like that fireplace.

The other building houses the museum offices and additional exhibits. Behind the buildings we found a tent-covered stage. Although we missed the pipers, we did get to see this fiddling duo from Heuvelton, 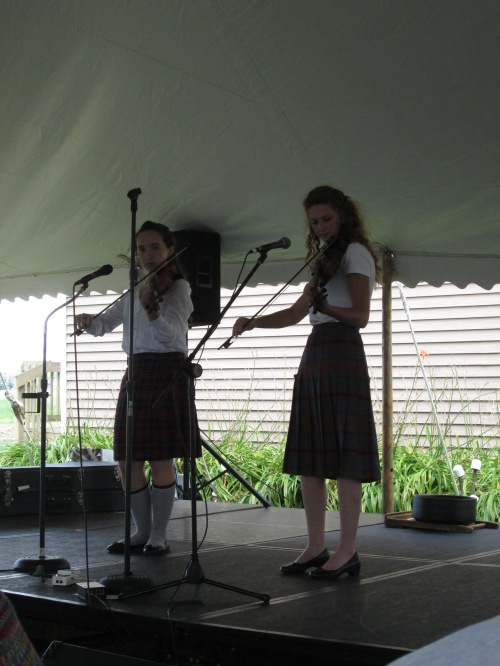 and the Steel City Rovers, a celtic-style band from Hamilton, Ontario, as well as local children performing Scottish dancing.

and we even got to see one of our Tai Chi buddies give a blacksmith demonstration. It’s a small world, isn’t it?

Our friend is the one looking small in the background, standing well back from the kilted man.

We enjoyed a low-key afternoon of fresh air and Scottish music. Plenty of people attended but it wasn’t too crowded — the perfect event for two oldies looking for a little adventure. If we attend next year maybe I can get the DH to wear his kilt!